I was a wide eyed freshman in high school when Pokémon first came out in North America. It felt like poke-fever had captured the country overnight, with people who never owned a Gameboy before buying one just to play this special little game. Over twenty years and 122 total games later, that wonderful monster catching game you grew up with is back with Pokémon Sword and Shield. After 24 hours of gameplay I have gotten a solid feel for the first Pokémon game to land on a next gen system. And that feeling is: eh. Don’t get me wrong, I love Pokémon and everything they represent, but with a few new mechanics, a few missing features and alterations come grievances from the fan base at large. Let’s get right into it. Minor spoilers to follow…

The Story and Overall Gameplay

The story is as tried and true as ever: you must collect and train Pokémon as you traverse the countryside collecting league badges in order to face the new version of the Elite Four, which is just a tournament style match set up, culminating in you facing the current champion. At least, that’s what it would be if this was any of the previous games that came before Sword and Shield. Before you can face the champion, you must stop the would-be bad guy. Typically there would be an entire side story involving a bad guy and maybe a team of colorful thugs looking to steal Pokemon along the way. This is completely absent from Sword and Shield. By the time the game informs you of who the bad guy is, you have a few minor fights to get through before taming the unknown/completely unmentioned legendary Pokémon and getting back to the tournament. Like I said, tried and true, but a bit lazier than its ever been in the history of the franchise.

Early on, you’re told the wild area is too strong, and they are absolutely right. The wild area acts like a safari zone where you run around trying to catch as many wild Pokémon as possible, only there’s no fees, snacks and safari balls, you simply fight and catch til your heart’s content. But it’s impossible when you first enter, finding Pokémon that are a vastly higher level. Eventually, you can return here and catch with ease, but until you collect your first four badges, you won’t be able to catch any of the high level Pokémon due to the new rule about catching Pokémon of a certain level. I get why it’s in place, but it’s very annoying only being able to catch high level Pokémon five levels at a time per new gym badge (until you collect all the badges). By the time I returned to the wild area, I was knocking out every potential catch due to the fact that my starting six were all above level 50, therefore stronger in comparison to those found in the first wild area.

Before Pokémon Sword and Shield came out, Nintendo did a lot of boasting about major and minor leagues, something that is suppose to distinguish between the Champions Challenge and what not. So far, I haven’t found anything marked as minor league. All of my badges are for the main challenge which came from each gym of each town I visited. Hopefully the minor league will take form in the online community, until then, collect your badges and get the hell out of dodge.

Over on Kotaku, Gita Jackson wrote a great review in which she discussed having issues beating a certain gym leader. Not to boast about my own poke-skills, but I have not run into any problematic match ups yet. Each gym leader follows the standard all one type challenge hump to get over. With each element firmly represented in my six, all that was needed was the right Pokémon with the right elemental move and it was game over for the gym leader. Grant it, I came close to losing a few of those battles, but the gods were on my side because I know that poison type Pokémon will always trump fairy type Pokémon. The only thing I found upsetting about gym battles are the random challenges you must first complete before facing the gym leader. You’ll herd animals, turn valves on and off, seek out potholes and a myriad of other pointless activities while fighting random trainers. They’re not the most difficult thing ever created but they’re a completely unnecessary inclusion to the badge hunting process.

Another part of the story I could do without are the rivalries. Like all Pokémon games, you have a friend or enemy that is meant to push you to be the very best like no one ever was. This time around though, it feels like overkill to a new extreme. No matter what part of the story you are at, if your rival is present, you will have to fight them before the end of the talkie segment. And this happens frequently because this time, you have a combine total of three rivals. Those characters are your main rival, Hop, the arrogant yet lovable rogue Bede and a mysterious girl named Marnie. All these characters are great and have their own charm, but seriously, rival fights happen way too often and at a certain point, it felt completely unnecessary. Even after you finish the Championship and become the new Pokémon Champion, you have to battle Hop one more time before coming to the final inconvenience of the story where two weirdos show up claiming to be celebrities and of royal linage. They resemble the game’s subtitle like an obnoxious joke, sporting hair in the shape of a sword and shield. These two characters are a complete waste of time that drag out the final story beats for what feels like forever. I skipped over all of their dialog after you first meet them and realize what they are trying to do. Honestly, its like someone was trying to lampoon American’s and how they view fame, completely unnecessary.

The one saving grace to the overall story is the social aspect. Camping is an event all its own where you can play with your Pokémon and the Pokémon of anyone who visits. Cooking is a multiplayer game that gives you a resting buff the more ingredients you mix into the meal. Being a foodie, I’ve already spent a chunk of time trying to fill out my Curry Dex. Surprise trades can be fun, but eventually you will receive the same handful of Pokémon at a steady rate until you are just trading back everything you get in. I’ve had a solid handful of successful surprise trades, netting me a Ponyta, Eevee, Mr. Mime and a Shellder, but everything else has been crap. Max raids are completely one sided depending on two factors: the strength of the opponent and how many players are a part of the raid. The high level, rare as hell Pokémon you want can only be obtained when four real players fight together. You wont catch anything strong with three computer controlled characters, being dealt a team of Pokémon that are incredibly weak against the opponent in a incredibly obvious way. Hopefully, one day soon, I’ll find a team worthy of defeating a max level Butterfree.

Gotta Catch Most of ‘Um!

Many are still upset with the exclusion of the National Pokédex. I get it, i really wish I could run around the countryside with my trusted Squirtle too. But the times are a changing, and so must we. Many of your favorites across each generation are present, so it’s not a complete loss. So far, I have been selective with my catching methods. Sudowoodo is a great classic Pokémon, but I’ve used him enough, at this point he would just be taking up space until I wanted to use him. Which is one thing I don’t see happening since there are tons of brand new Pokémon to collect and fight with. So far, Vileploom and Gyarados are the only classic Pokémon in my starting six. I’ve mainly used all new Pokémon which has been an absolutely joyous experience. My starter, Scorbunny, is now a bad ass ninja rabbit, I have an electric dog who is the best boy ever and a giant scary ass raven because I’m from Baltimore and I always have one flying type in my six. Now that I am free to roam around the wild area I have noticed a wide variety of Pokemon at various times of the day. It’s hard to say exactly who was cut from this game’s Pokédex without the assistance of a strategy guide, but so far, I like the returning favorites I’ve run into. If you’re one of these fans who is refusing to play based on the exclusion of the National Pokédex, I say it’s time to give up the ghost type and give in. There is a whole new generation of Pokémon that need your love!

You might think that this has been a negative review and I wouldn’t recommend this latest installment of Pokémon to anyone, but you’d be wrong. There is plenty to this game that is incredibly satisfying. Camping with your Pokémon, getting to accessorize your character, having access to social options like surprise trades and max raids make it worth putting up with the way the game seems to drone on until you complete the full story. Hell, the fact that Pokémon actually run around in the wild now is a wonder I never thought would be seen in my lifetime, but it’s here and it’s amazing to look at! The child like excitement and joy of catching Pokémon feels exactly like it did towards the end of the ‘90s and I for one am thankful this franchise has stayed as strong as it has in recent years. Hopefully, Nintendo won’t squander the chance to continue this game’s legacy with expansions and new updates in the future. For now, it is enough to race back into the wild, hoping the next battle leads to something legendary.

Tips and Things to Note 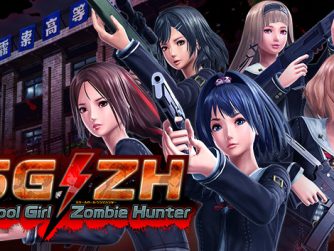